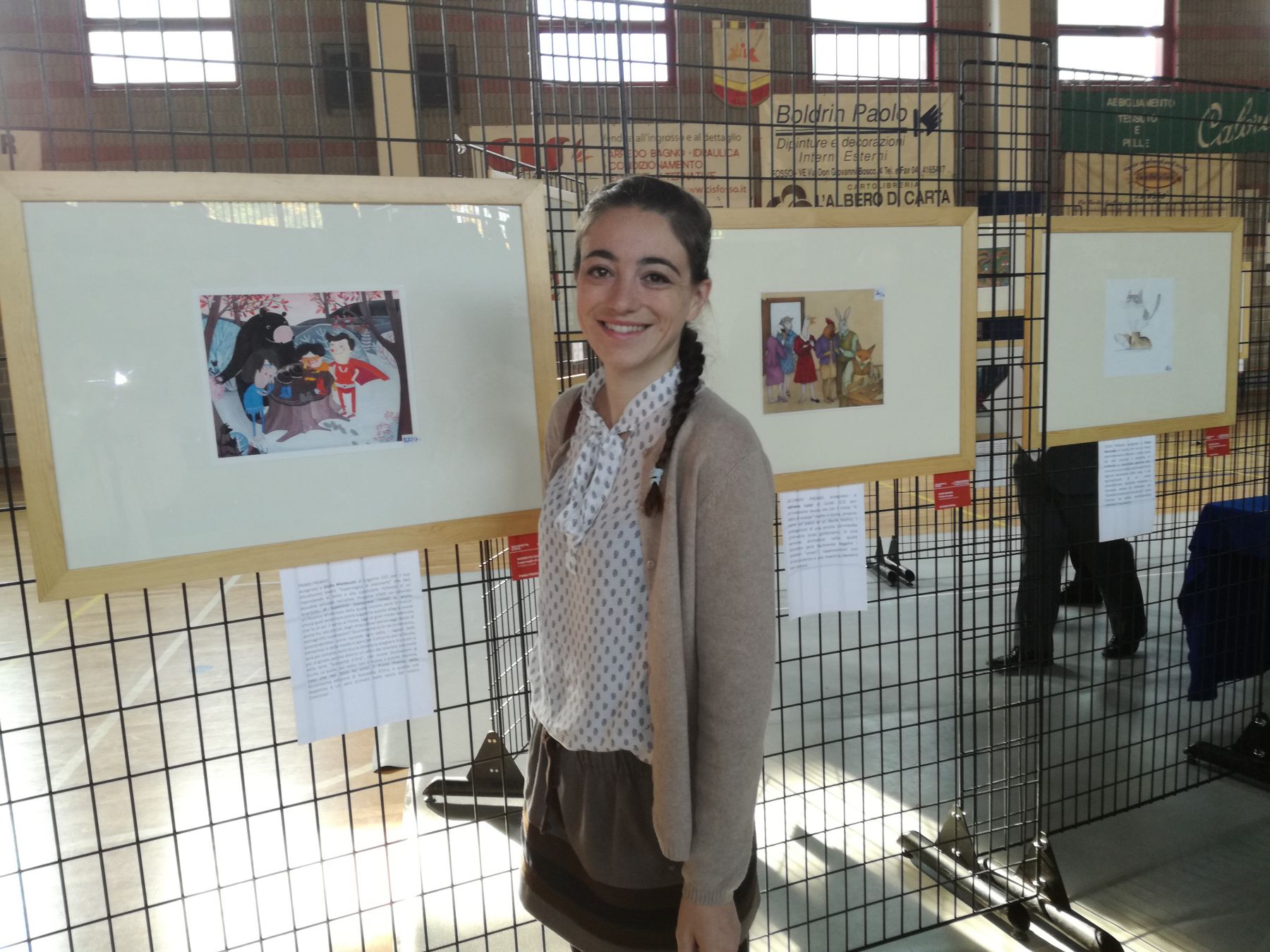 Ok, I've known it since a few weeks, but I've been waiting till the special day to reveal the happy piece of news: I wan the International Children Illustration Award Scarpetta d'Oro 2017! Here you can find the awarded illustration!. And the incredibly unexpected fact lays in that I'm the winner of this contest for the second time (once upon the time in 2013 ...)!
Today I attended the award ceremony in Fossò, a village near Venice. It's been really moving to me for many reasons: the awesome organization of the whole event, the numerous audience including a lot of participating children, meeting and sharing the experience with passionate colleagues, the great illustration exhibition and, above all, my illustration at the exhibition and so many people enjoying it.
I've already told you almost everything about this contest here and here, but you can find more info on this 22nd edition of the contest on the website of the organisers, ACRIB, and on the following articles (in Italian) by La voce di Venezia, Il Gazzettino, La Conceria.
The competition theme was "to each his own shoes" and my illustration is entitled "Supervoglia di indossarle " (i. e. "Super will to wear them"), the comment by the jury's president, Guido Clericetti, describes it in the best possible way:
"[...] It shows a four colourful superheroes (including the bear) a mysterious missing character that left its footprints. The illustration recalls the superhero fiction genre that dominates the mainstream TV market, foe an audience of children too. Who knows which adventures might this happy illustration suggest? Undoubtedly we will be told a surprising story by the kids that will run for the tale contest; the literary jury will choose the most original story, that will be illustrated by Giulia and published as a new picturebook of the "scarpetta d'oro" series. [...]"
Now I'm really looking forward to illustrating the picturebook! Stay tuned!