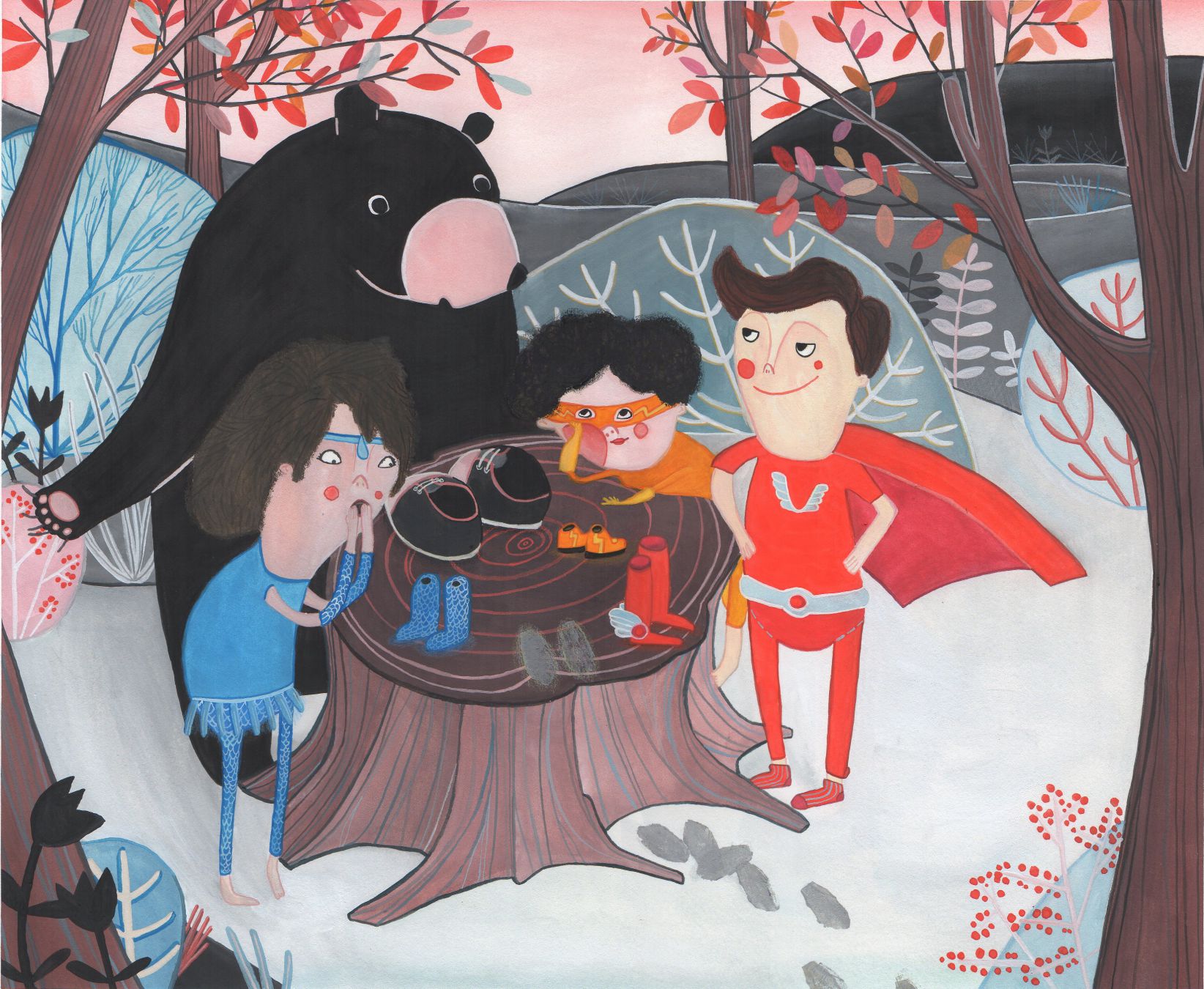 Super will to wear them

This illustration wan the 22nd edition of the International Children Illustration Award Scarpetta d'Oro. and it was at the contest exhibition inaugurated at Palaarcobaleno - Fossò (VE) (as you can see in my news section here) on 11th November 2017 and then at Politecnico Calzaturiero - Capriccio di Vigonza on 20th to 30th November 2017. The illustration is based on the theme "to each his own shoes" and displays four superheroes and a mysterious missing character who left its footprints on the ground. What story does it suggest to you? A class of children is going to write a story inspired by illustration and it is going to be a surprising one for sure! [2017]