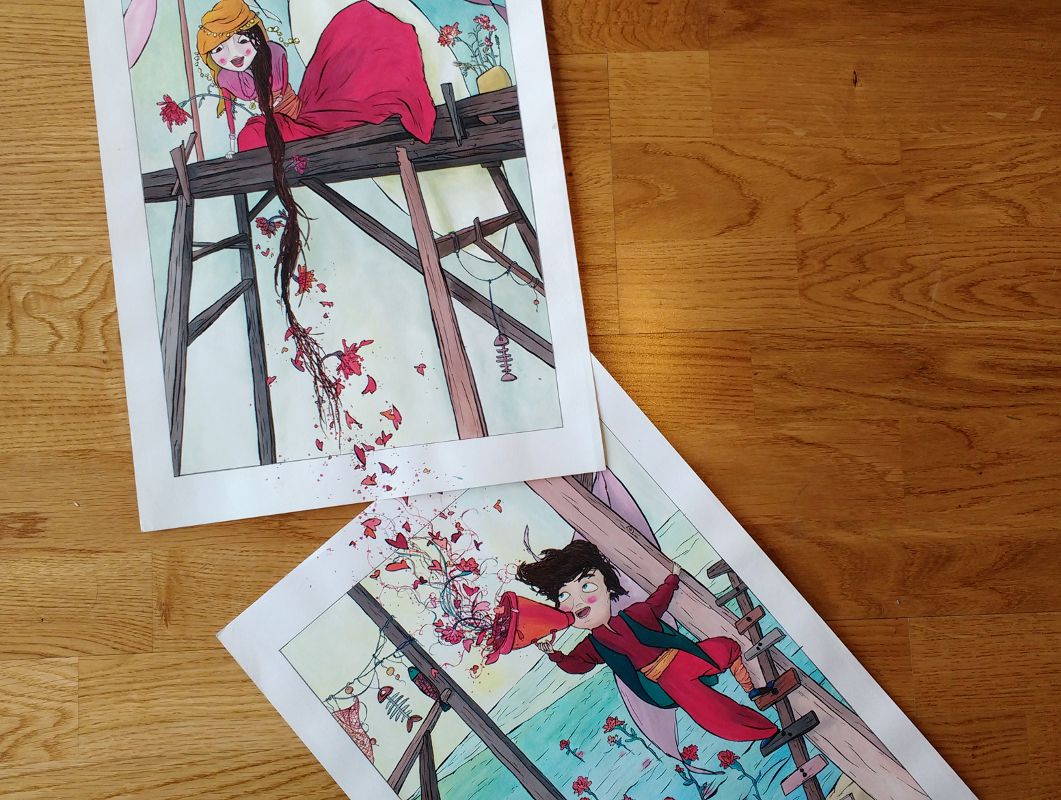 It's been running a rather hard year, however I finally managed to grab my brushes and draw an illustration for a contest, "Nicuzza, la magia dell'amore". My work didn't start the best way indeed, somehow I was sold paper that resulted completely unsuitable for gouache, despite the shop keeper's recommendations. Obviously I realised the problem when I had already finished the pencil drawing and there was no time enough to do it again on better paper. However the illustrations look nice and a digital touch will help to solve the matter. The contest is organised by the Children Illustration Festival Illustramente and its subject is a serenade written by Franco Finistrella. I was inspired by these words: "Sutta la to finestra ci siminasti sciuri; e doppu cincu misi garofani sbucciaru. Sù tutti bianchi e russi comu la to facciuzza. Bedda tu si "Nicuzza" comu li ciuri tò." (translation: "You grow the flowers by your window and carnations blossomed after five moths. They are white and red like your face. Nicuzza, you are beautiful like your your flowers".).