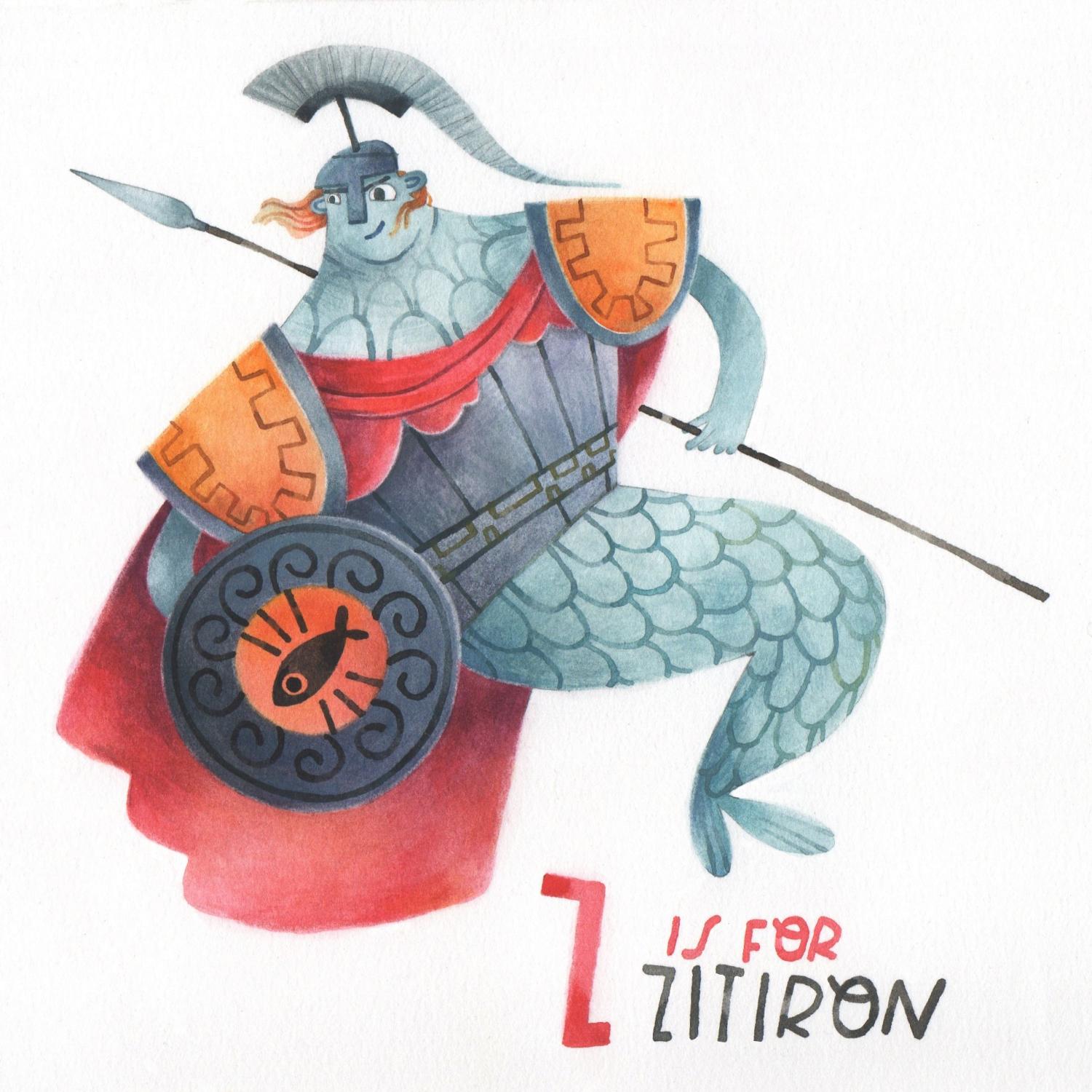 A sea knight for Animal Alphabets

Animal Alphabets is a Twitter and Istagram challenge that invites to create a thematic illustrated alphabet of animals. Each week a letter and the corresponding animal are proposed: for the series "Mythical Creatures", letter Z is for Zitiron.
Zitiron is a sea kight from the medieval mythology. It has the upper body in the form of an armed knight and the lower half as a fishes tail. My illustration depicts a much more ancient version, maybe coming from the mythical underwater city of Atlantis... [2020]