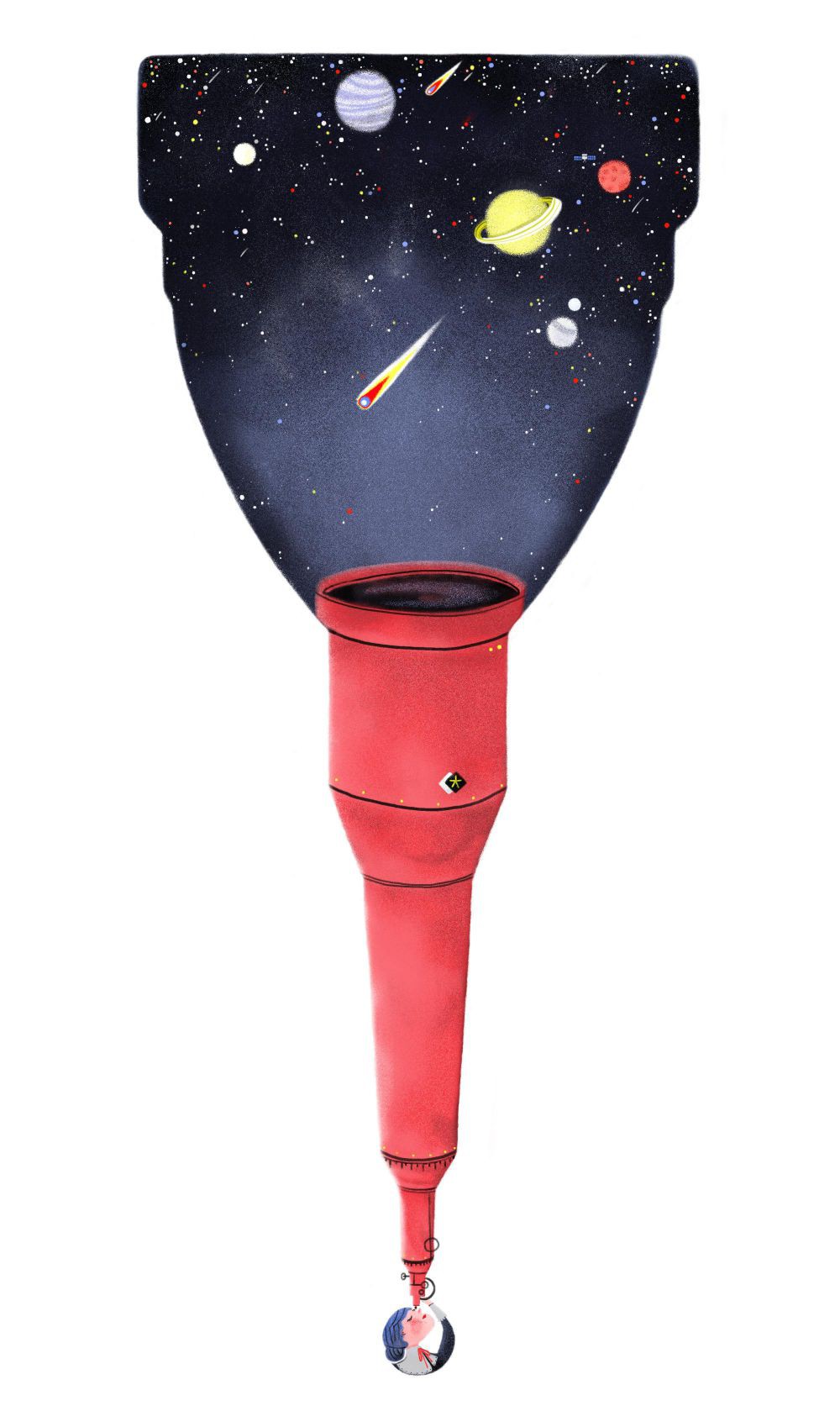 [The illustration was awarded at the 5th edition of "That's a Mole!" contest with the Special Prize "Fermi tutti". The contest invites to turn the silhouette of the Mole Antonelliana (monument of the city of Turin, Italy) into an original illustration. Here I turned it upside down and redesigned it as an old-fashioned telescope pointed at the canopy of heaven where the dance of constellations, comets, mysterious planets and a tiny satellite are observed by a curious astronomer. Indeed, the special award was assigned by the National Institute of Nuclear Physics (INFN) to celebrate the tenth anniversary of Fermi satellite. My illustration was inspired by my previous experience as a scientist and it is dedicated to all the women in science who devote their lives to uncover the mysteries of the universe The illustration is show in Montebello Street in Turin (Italy), just at the foot of the Mole Antonelliana, from the 23th of June to the 10th of September. [2018]