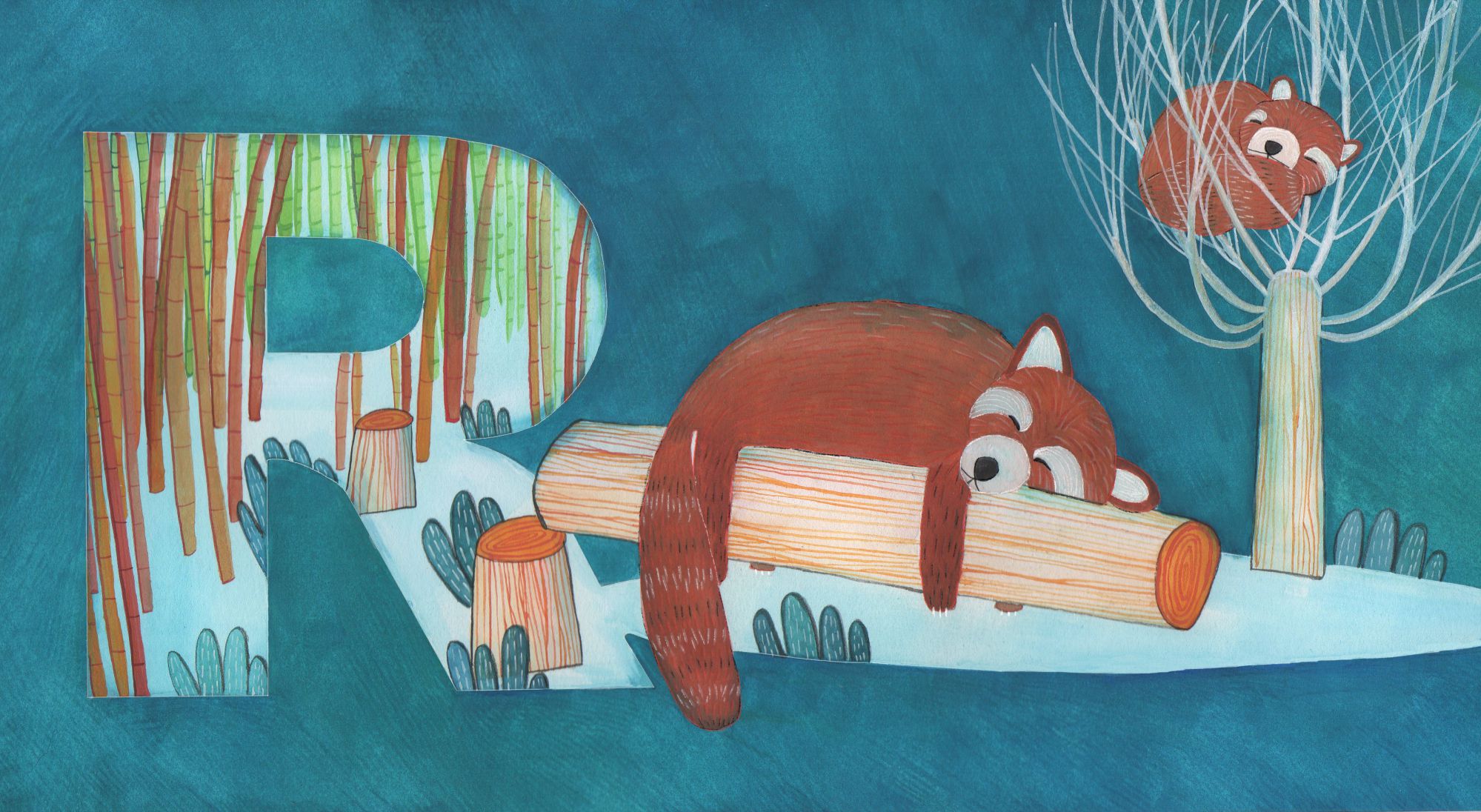 Asian mammals and his bamboo

My illustration for Animal Alphabets, letter #R - Red Panda.
Red Pandas (Ailurus Fulgens) are also called lesser pandas and red bear-cats. They are Asian mammals native to the forests of Himalayas and they range from the foothills of western Nepal to China. Red Pandas are arboreal and they are strongly associated with montane forests with dense bamboo understorey, which is their main food. This species is listed as endangered in IUCN red list and the major threats are habitat degradation, loss and fragmentation (source IUCN). Red pandas are also threatened by hunting and poaching for pet trade. Their population has declined by 50% over the last twenty years and it is estimated that less than 10.000 individuals remain.
In my illustration a red panda and its cub are sleeping in the logged forest. [2017]