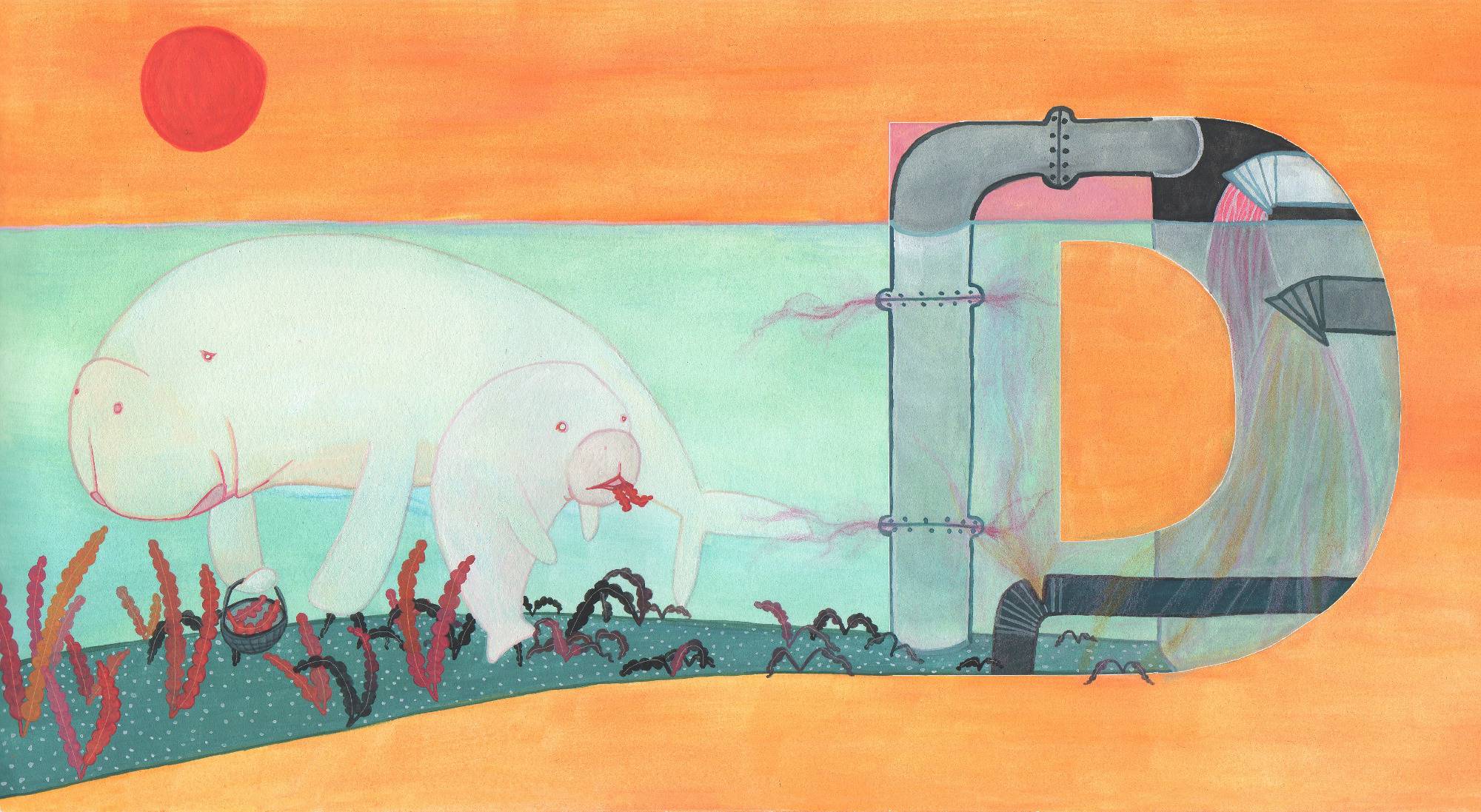 Protected from hunting and fishing

My illustration for Animal Alphabets, letter #D - Dugong.
This medium-sized marine mammal (Dugong Dugon) is one of four living species of the order Sirenia, which also includes manatee. The Dugong populate the waters of many countries, mainly in Pacific and Indian Oceans, and Australia is home to the largest population (source: Wikipedia). The dugong's current distribution is fragmented and many populations are believed to be close to extinction, despite being considered protected in many countries. This animal is herbivorous and lives in the shallow waters beside the coastline, where human activities have a strong impact on its habitat. The species is considered vulnerable to extinction and the main threatens are illegal hunting, reckless fishing and environmental degradation. In particular sea pollution can destroy the seagrass meadows that feeds the dugongs, leading to a serious shortage of food.
In my drawing dugong and calf are gathering the scarce seagrass grown in an industrialized area. [2017]